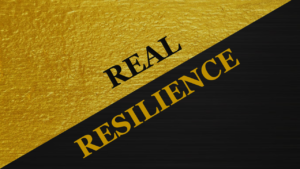 scroll to the bottom of the page for a special 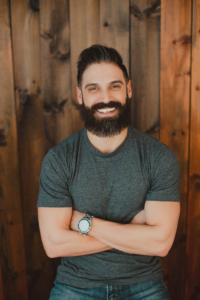 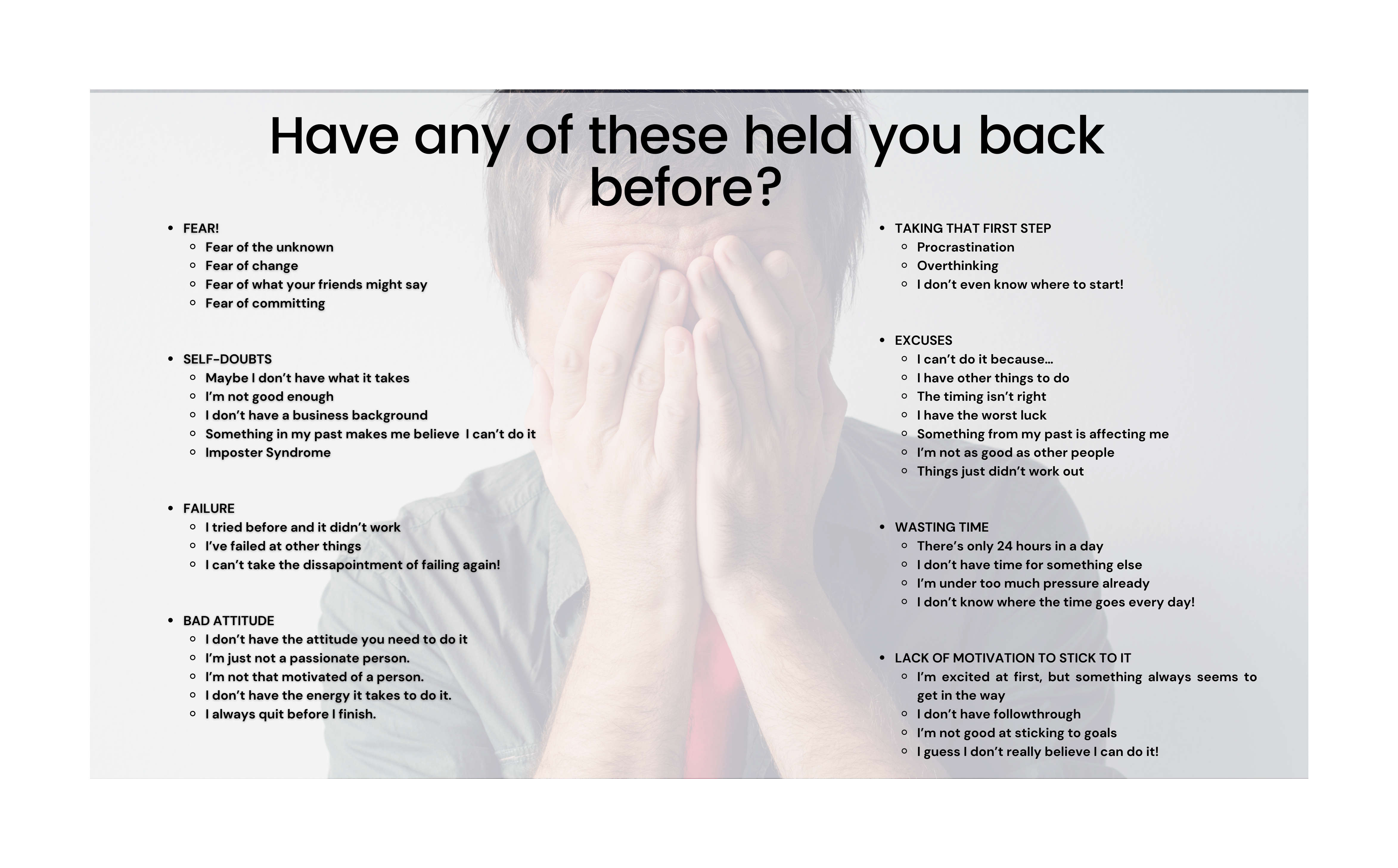 No matter how motivated you are, or how hard you try,

it’s impossible to move forward if you’re still being held back!

YOU WON’T BE HELD BACK

“Terry brilliantly uses the space shuttle launch as an analogy to breaking through 8 obstacles that can hold you back from succeeding, not just financially, but in LIFE! He opened my eyes to the word, ‘excuses’, there’s nothing good about it! You don’t want to give excuses, and you certainly don’t want to hear excuses from your friends or collegues, either. Terry taught me that we should embrace failure, because if you dont fail, you don’t succeed! His many personal experiences give it a nice little humor to the book, also! Each of the hurdles that Terry discusses represents each of the 8 bolts that hold the shuttle in place just before it launches, and that we have the power to break these bolts and take flight! “ 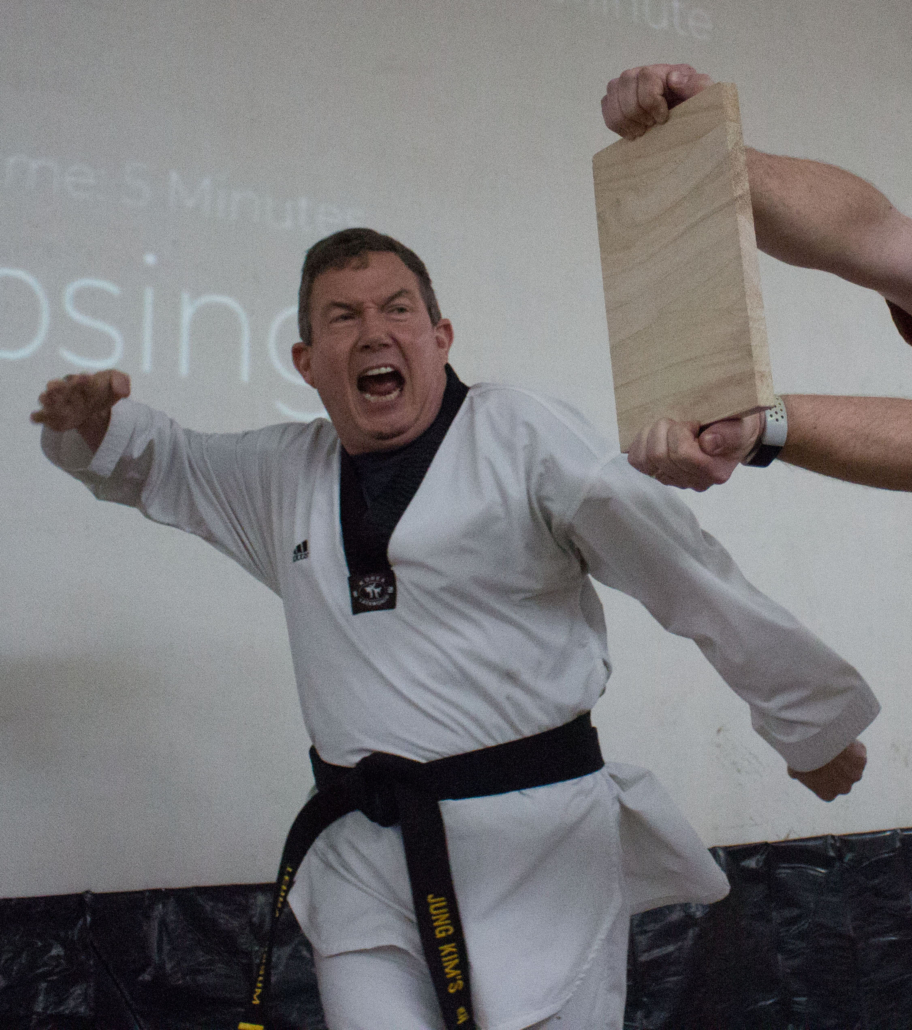 Let me ask you something:

Has fear ever held you back from doing something you’ve wanted to do?  Maybe it was the fear of failure, or fear people would make fun of you, because this idea is just, well, different than what you’ve done before!  Maybe even fear of success.  Have you ever had the feeling that there’s just not enough hours in the day to get everything done?  That it’s just not the right time tackle that goal you’ve been wanting to tackle?  Maybe there were some self-doubts that kept creeping in.  You may not be up to the task, and you’ll probably wouldn’t be successful at it anyway.  You’ve tried things in the past that didn’t work out – why would this be any different?

Well, I’ll tell you why:  Because this time, you’re going to be armed with tools you never had before.  We’re going to expose some of the half-truths and even lies that kept you from succeeding in the past!

How do I know?

Because they held me back, too.  And they never will again.

I’ve spent the last 3 decades plus learning success principles as an Officer in the United States Air Force, an international businessman, a black belt, an actor, an author, a philanthropist and more, and guess what the main thing I learned was:  What I had been taught wasn’t good enough!

And then.  And then I found out something about the Space Shuttle from my brother, Mike, that blew my mind!  That’s right:  Something about the space shuttle that put everything in perspective, and set me on a path of study, trial and error, and success like I had never had before.

This series had me hooked from the very beginning. An incredibly profound premise with actionable exercises throughout. The stories and value shared will have you truly inspired to go blow the bolts that are holding you back. If you want to launch into the next stratosphere of your personal and professional growth, Terry will show you how to do it. 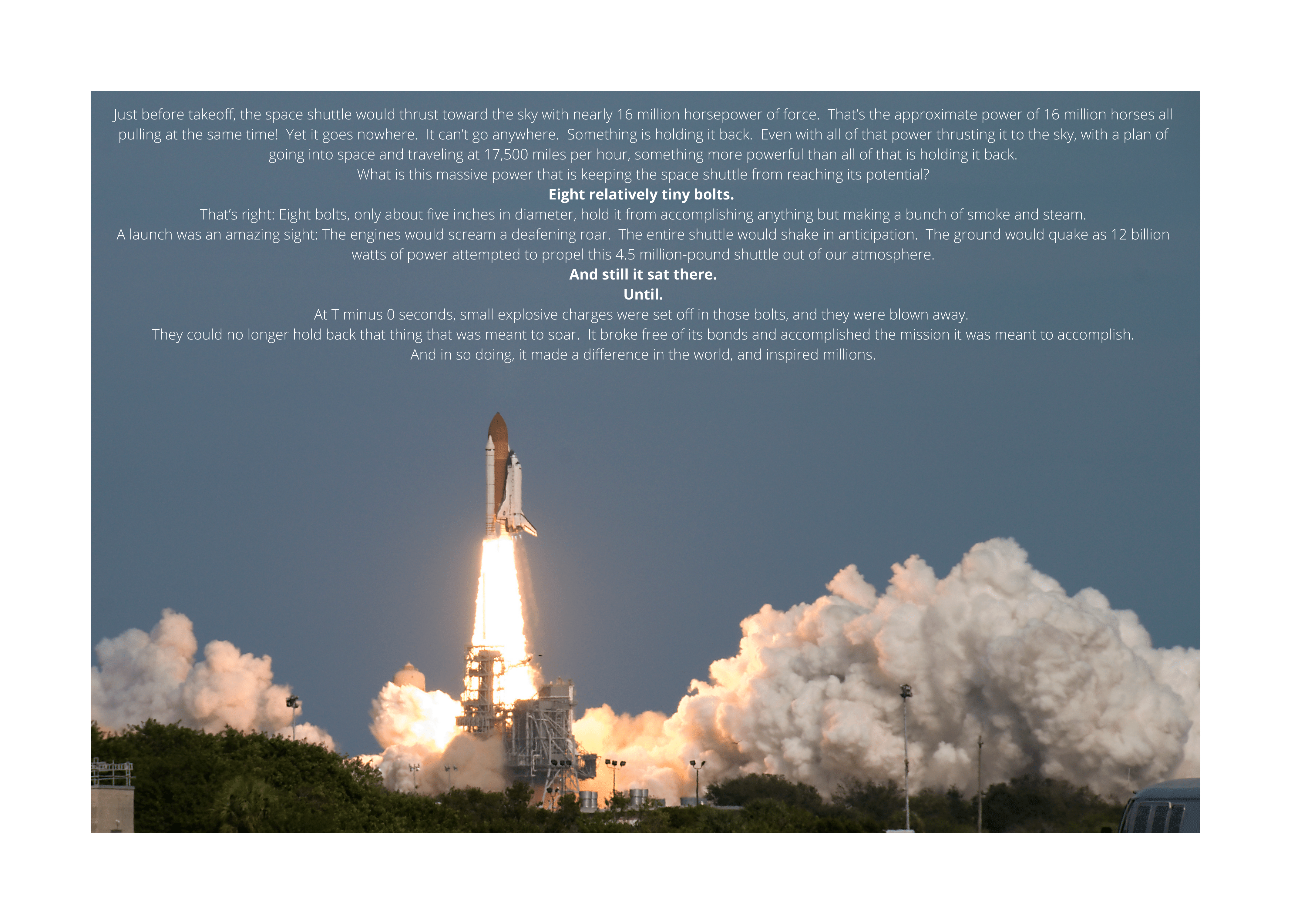 Have you ever felt like the space shuttle at launch?

And maybe you’ve tried before.  Maybe you’ve worked hard, put in the blood, sweat and tears to accomplish something, but couldn’t quite get there.

Things seemed to always get in the way.  Setbacks kept happening.  Something kept holding you back.

Through decades of learning and applying, trial and error, failing and succeeding; working with people literally all around the world in the military, the business world, and the philanthropic world,  I found that, just like there were eight bolts that held the space shuttle back, there are 8 factors that normally hold people back from accomplishing their goals.

I learned that until you blow these bolts, you’ll never be as successful as you could be.  In fact, you may never get off the launch pad! 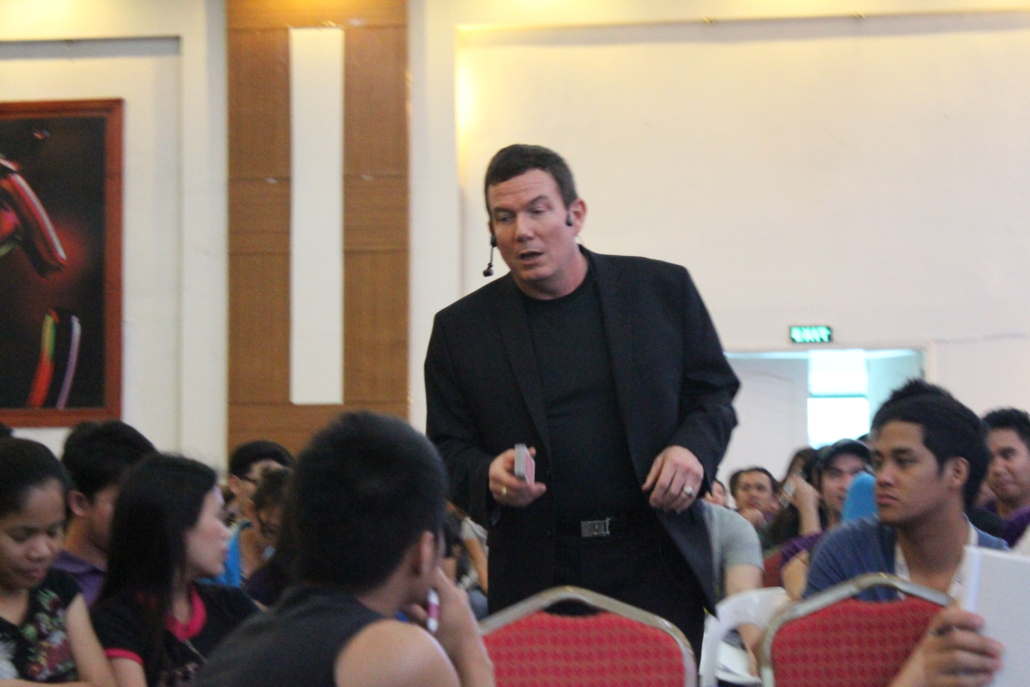 “Terry L. Fossum’s Blow the Bolts is an awesome motivational masterpiece. Terry’s enthusiasm for helping others
achieving their goals is contagious.
This is a step by step guide to making things happen in your life by achieving those goals you have been harboring
and make your life more delightful with Terry by your side the whole way,  Blow the Bolts is thoughtfully done with
stories and examples making it easy to follow and inspiring.
It is time to stop holding back, prioritize the goals you truly want to achieve, put them on the calendar, and get started.
Let Terry help you get rid of the fears that are holding you back, stop procrastinating and making excuses – do the
work necessary and start celebrating and feel the zest for life success brings.” Sandra Brown
Terry, thanks for sharing your masterpiece!
Sandie Brown, Insurance Agent 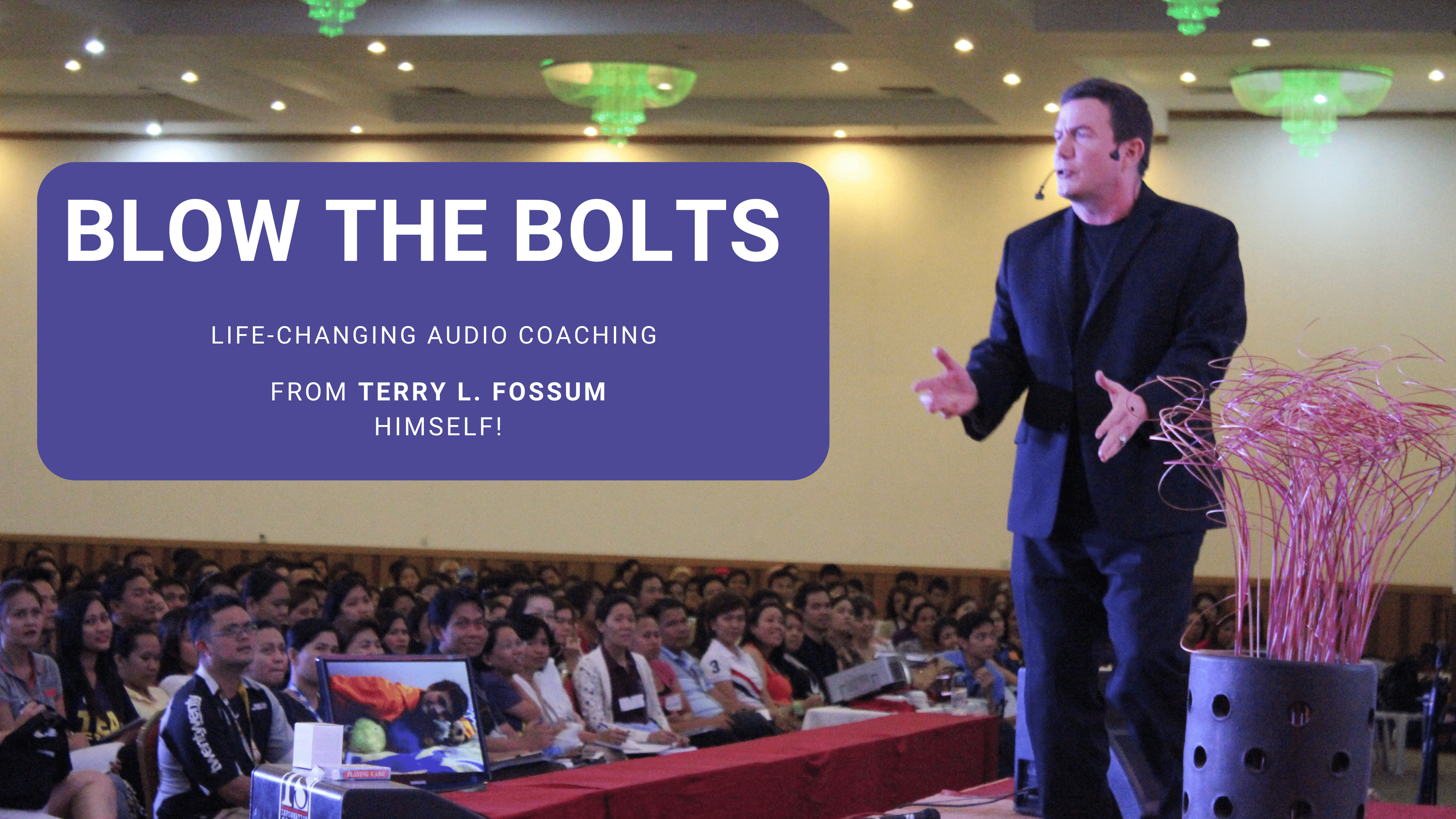 How much would it be worth to get over 4 hours

of highly impactful audio directly from him,

that can change your life forever?

Terry is offering it at a fraction of that price

for a short period of time! 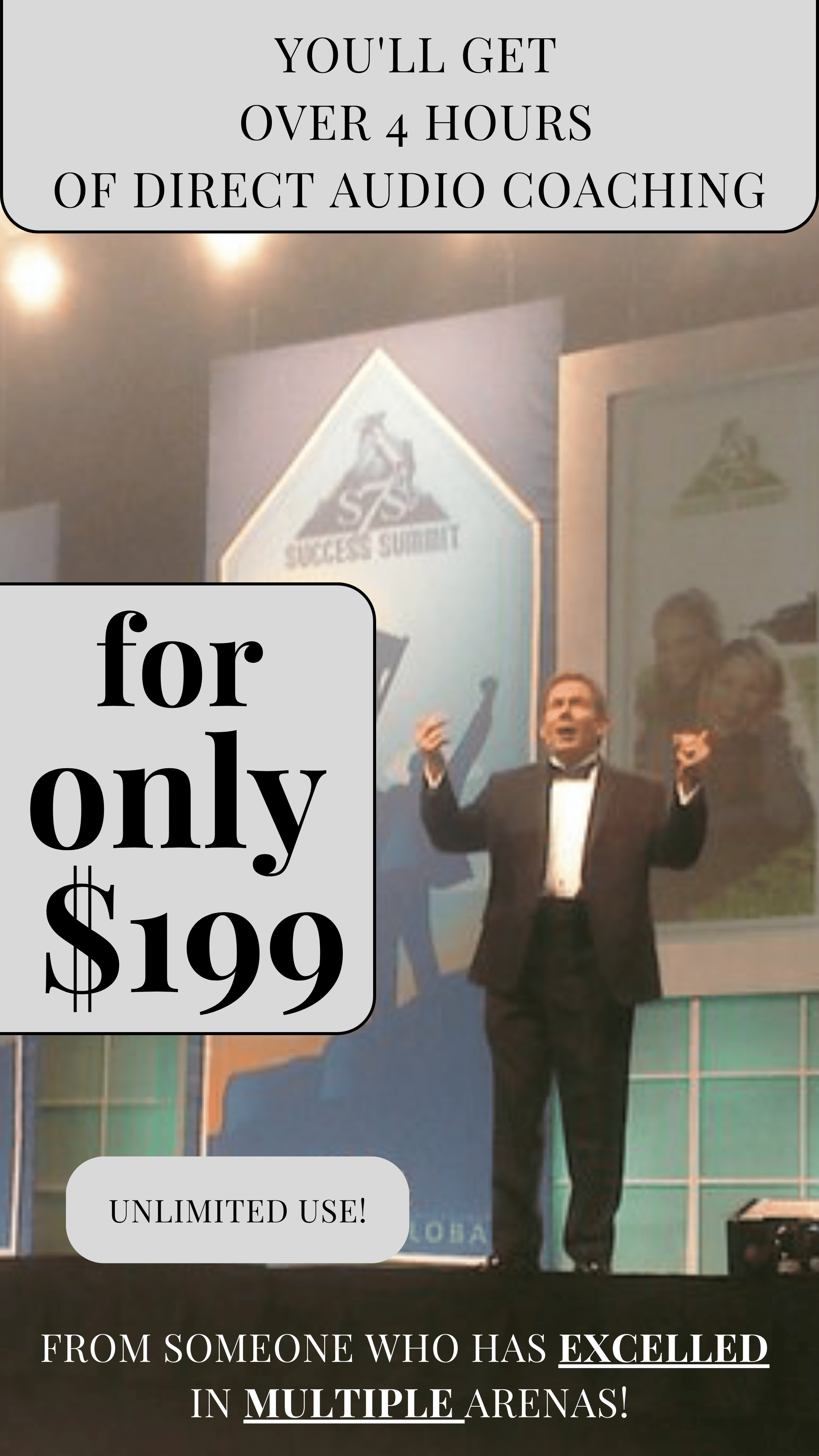 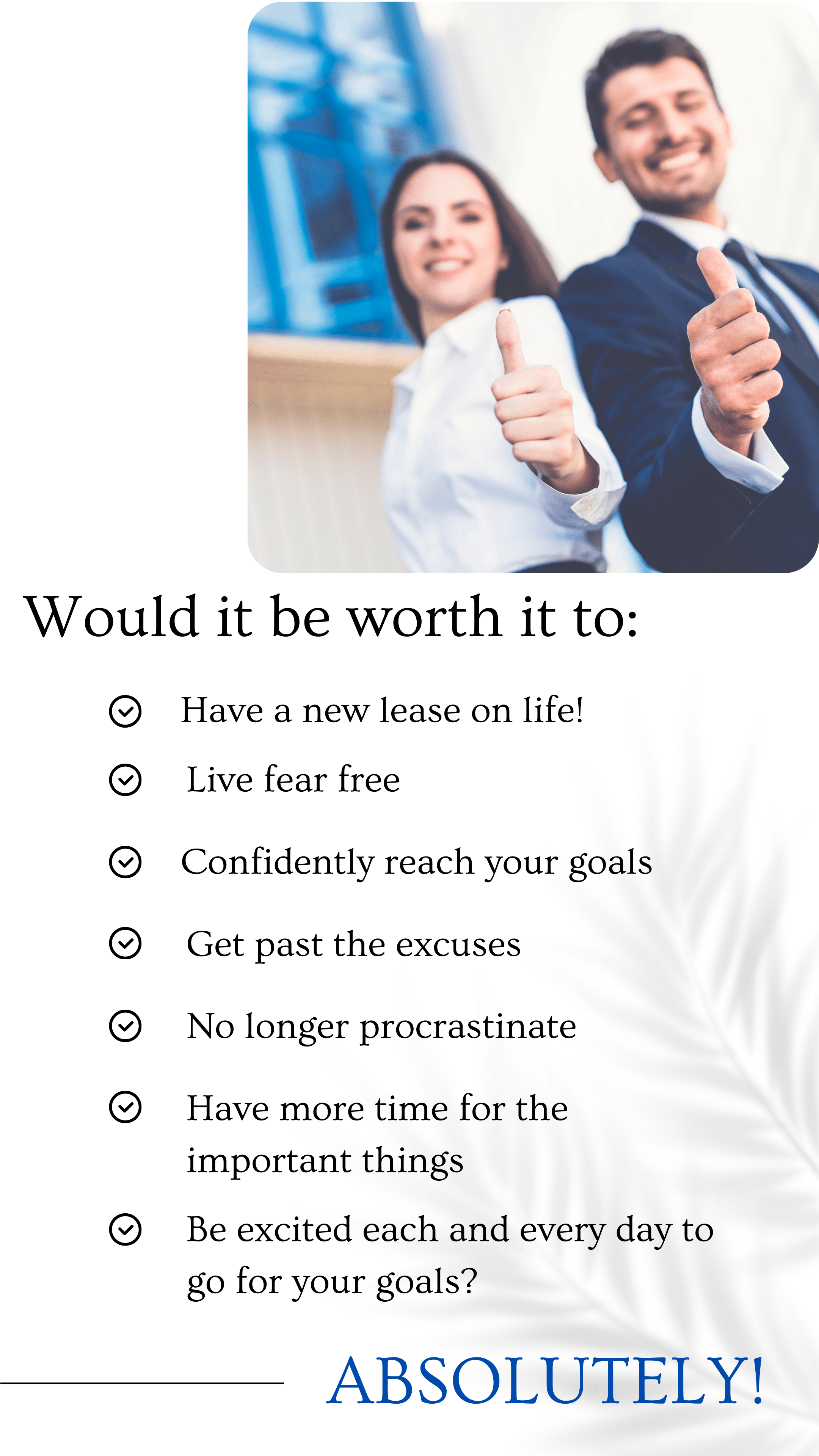 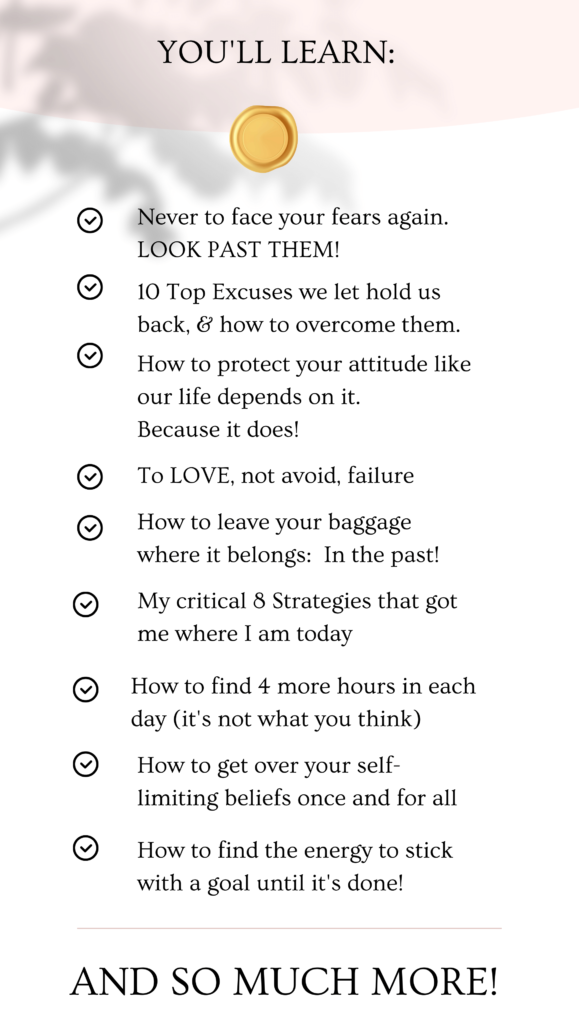 From someone who’s been extremely successful 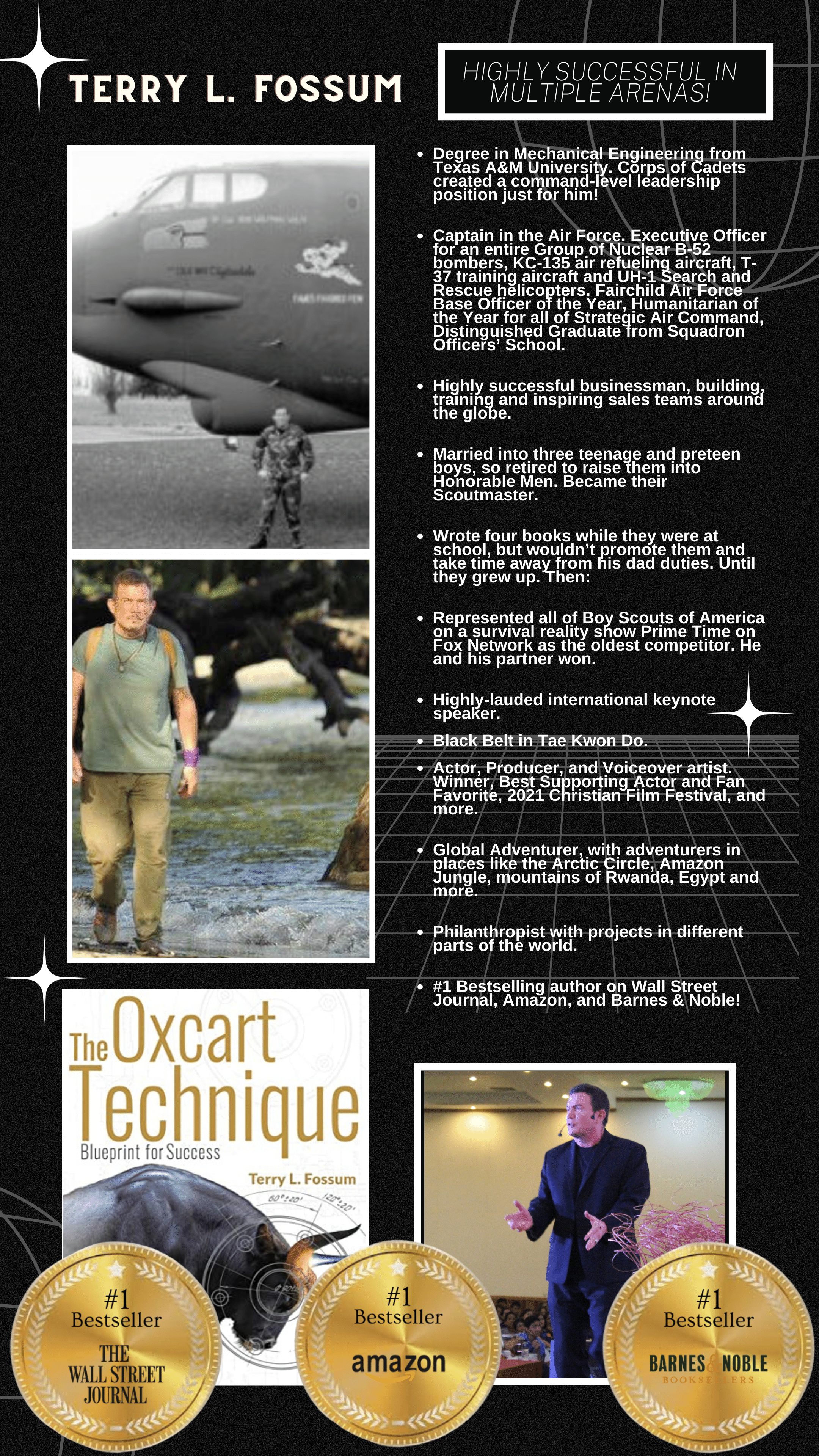 how AMAZING would it be for your

to be empowered with this information as well?

Listen to the first recording of the series here:

You had me captivated me from the very first “Bolt”.
I stayed captivated through each and every one of the eight bolts.

I took handwritten notes and ended up with 17 single-spaced pages of ideas I have now learned from listening to your series. I have eagerly begun to formulate my Action Plan, including the Failure Scenarios, Actions, and Success Scenarios I want to achieve.

It took 6 years to finish my work for my Master’s of Education. In three short listening sessions, I feel as if I have completed an entire lifetime of learning through Terry L Fossum’s shared wisdom and experiences. And I feel as if I am completing a Master’s in My Life!!!

The examples you used, the stories you told, the activities you have created, and most of all the pure heart and soul of everything you said in your “BLOW THE BOLTS” series were all relatable and TRUE for me.

When I really examined my life, using the activities you so clearly described, and began applying your techniques and activities and ways of looking at things a bit differently, I realized I’ve truly been holding myself back from a greater, richer life.

When I retired 5 years ago, I was exhausted. I thought I had given every last ounce of energy I would ever have to my students; as I’ve been teaching now for 50 years (since the age of 15).

I’ve been simply resting, recovering, and existing. A few piano lessons here, acting classes there, filming a few commercials here, and a few movies there. It’s been low key and fun!

But now I’m ready again, and I WANT MORE from my life! Look out world, I’m coming out of hibernation!!!

Never did I realize how many things I was allowing to keep me from catapulting my life of simply existing, into a life of thriving!

Thank you Terry L. Fossum for sharing your heart, your soul, your wisdom, and your adventures so that everyone who listens can enjoy a richer, fuller life.

for the next 48 hours only!